HomeBlogAs Plain as the Nose on Your Face? Not Always

As Plain as the Nose on Your Face? Not Always

Nearly 80% of Americans, men and women, are dissatisfied with the way they look. Over half would sacrifice their favorites – social media, alcohol and/or pizza – if it meant getting the perfect body overnight. According to the American Society of Plastic Surgeons, approximately 18 million cosmetic procedures are performed in a year. That is […] 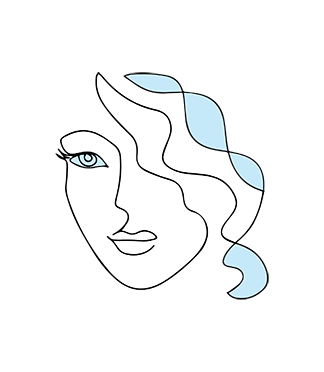 Nearly 80% of Americans, men and women, are dissatisfied with the way they look. Over half would sacrifice their favorites – social media, alcohol and/or pizza – if it meant getting the perfect body overnight. According to the American Society of Plastic Surgeons, approximately 18 million cosmetic procedures are performed in a year. That is an increase of over two million from just four years ago. As a nation, we are obsessed with appearance.

Even with the rise in cosmetic procedures, the number of people getting their nose reshaped has gone down substantially. Since 2000, nose jobs have decreased 43%. Yet, advances in technology and techniques have made rhinoplasty not only more convenient, but also considerably less painful.

Nose shaping now uses instruments that cut bone without damaging soft tissue, unlike the hammer and chisel methods of the past. Recovery time is significantly improved, and the pain experienced from the procedure is much less than from previous procedures. Surgery is not the only option nowadays for achieving the ideal nose.

From the Beginning . . .
Nose reconstruction goes back to at least 500 BC, with the first recorded rhinoplasty being developed in India. The Hindu surgeon Susrata reconstructed a new nose using a flap of skin from the patient’s forehead. As a cosmetic surgery, rhinoplasty was first performed in 1898 to help a young man whose nose was such a source of embarrassment he refused to leave his home. Nose jobs were popularized after the 1930s as Hollywood actors and actresses had the procedure done to enhance their careers.

Now, due to changing demographics, fewer people are altering their noses. In fact, some are seeking to reverse previous surgeries, as they now want to embrace the ethic look of their original nose shape. Individuals who are considering rhinoplasty now have options before making the change permanent.

The advancements in this field have created amazing results, which translate into more efficient and less painful procedures for patients. Non-surgical rhinoplasty, or the “15-minute nose job,” allows individuals to change nose shape quickly and conveniently. These procedures are lower in cost and risk, and considerably less painful. Another advantage is faster recovery. This procedure also allows you to experience your new look before deciding to make it permanent.

Non-surgical rhinoplasty uses dermal fillers to improve the appearance of the nose in several ways. Noses with dents or depressions can be smoothed out and symmetry can be improved. Downturned nose tips can be lifted. If your profile reveals a scooped out or “saddle-nosed” look, this can be corrected.

Often, people with a flat bridge prefer to have it raised and better defined. Likewise, when the tip of the nose seems too rounded, this can be de-emphasized. Also, if you have a hump on your nose, its appearance can be diminished by filling out the surrounding tissue.

Even though the number of nose jobs has declined substantially in the past decade, individuals still seek to minimize imperfections while maintaining the natural shape of the nose. Dr. Gary Linkov can help you achieve your ideal nose whether you choose non-surgical or surgical means. Contact our office today to schedule your consultation appointment.

Fill out the form below Schedule Consultation