Dr. Linkov uses new lip lift techniques based on sex, age, occupation, and aesthetic perception and considers an individual’s geographic, ethnic, cultural traditions, and demographic background to achieve fuller, “ideal” lip characteristics. Specializing in Lip Lift surgery in New York City, he has been named one of the top 5 lip lift surgeons in the United States. 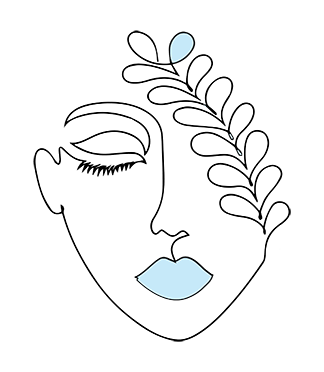 What Is a Bullhorn Lip Lift?

A bullhorn lip lift is a type of lip lift surgery. The term “bullhorn” refers to the shape of the incision, which is a horizontal line with upward edges resembling a bull’s horns. The bullhorn technique is also known as a subnasal lip lift since the incision is made under the nasal base. A small piece of skin is then removed, and the incision is closed, resulting in a shorter philtrum length and elevated upper lip.

Bullhorn Lip Lift Before and After

3 months post elelyft lip lift. Starting philtral length: 13mm. Skin excised: 4mm. Even short philtrums offer the opportinuty for reshaping and tweaking the upper lip to improve the aesthetic. Her healing is simply exquisite. We are planning a corner lip lift to further refine the lateral aspect of the upper lip.

5 months after an elelyft lip lift. Observe how natural and elegant the lower face looks after the lip lift, and the gorgeous proportions with the rest of the face.

3 months status post elelyft ethnic lip lift. A conservative lift was performed on this beauitful patient to reduce the philtrum, without distorting natural lip aesthetics. She is thrilled with her results!

4 months status post elelyft lip lift. This gorgeous patient desired a shorter philtrum and more upper tooth show – which is exactly what she got. The incision healed marvelously – no lasers!

4 months status post elelyft lip lift. Incredible what a lip lift was able to do for this gorgeous patient! It has restored youthfulness and elegance and really helps her face shine.

1 YEAR status post elelyft lip lift. A beautiful result was achieved in a women who started out with a relatively short philtrum but really want to improve her tooth show. Her scar is barely visible! She had no laser and no other resurfacing treatment for the scar. Our photography has also improved 🙂

3 months status post elelyft lip lift. This beautiful patient wanted this surgery for 10 years and is so happy with her rejuvenated results!

3 months status post elelyft lip lift. She was ecstatic about her increased tooth show and overall lip volume. Look how beautiful her new lip shape is.

5 weeks status post male elelyft lip lift. This nice guy desired a more feminine upper lip and had been thinking of getting an upper lip lift for over 10 years! Being of his preexisting upper dental show, we had to be conservative with the excision. His husband was originally apprehensive about the surgery but they both love the results.

5 months status post elelyft lip lift. Perfect example of how a shorter philtrum can expose the upper teeth, enhance the lip, and just create an all around beautiful youthful and natural transformation.

5 weeks status post elelyft lip lift. This young woman sought out a plastic surgeon for 3 years and finally got the pout she dreamed of.

What Is the History of the Lip Lift?

For decades, the cosmetic lip lift has been evolving, improving the shape and fullness of lips. Here is a timeline of the profession of lip lift techniques up to the modern-day surgical options offered by Dr. Gary Linkov in UES, Manhattan.

A bullhorn lip lift in New York City may be the right surgery for you if you desire an enhanced upper lip. A bullhorn lift lip can not only improve your mouth but also create a more balanced appearance to your face as a whole.

You may benefit from subnasal lip lift procedure if you desire specific changes to your smile, such as:

Many successful and famous people have already tried lip augmentations. If you want to do a celebrity lip lift makeover, our best plastic surgeons will be more than happy to assist you.

The bullhorn lip lift is not the right surgery for everyone. People who are not comfortable with or who do not desire any scarring whatsoever should not undergo this subnasal lift procedure as there will always be some amount of scar, even if it is not noticeable. People with connective tissue diseases may have excess stretching of the skin resulting in poor wound healing and the need for revision surgery. People on blood thinner medications are at increased risk of bleeding during the procedure and bruising during the recovery period.

I had a lip lift procedure with Dr. Gary Linkov at City Facial Plastics on Tuesday, 4/9/19. Today is Saturday, and I could not be more pleased with my results, I would say it was one of the best decisions of my life! From the moment I met Dr. Linkov, I knew that I could trust him 1000% with my face. He took his time explaining everything and also took his time with the procedure to ensure that everything was precise and perfect! It was a long journey as I had to dissolve built up lip fillers but well worth it, and he was there every step of the way! If you are looking to have a lip lift, I highly recommend Dr. Linkov, you will not be disappointed!!

Once the marking of the incision is complete, Dr. Linkov will inject local anesthesia to the anticipated surgical site. You will feel a pinch of the needle entering the skin, but after several seconds the anesthesia will start to take effect, and the area will be numb. The inside of the upper lip is also numbed. The use of local anesthesia eliminates pain during the surgery, and since the anesthesia is only delivered locally, you will not feel drowsy once the surgery is complete.

After the antiseptic solution is applied to the surgical site, Dr. Linkov will place a drape over the remaining parts of your face and the rest of your body. The drape is placed in sterile technique, which is a specific style of covering the patient that has been shown to dramatically reduce the risk of infection. You will be able to breath under the drape. Your eyes will not be covered by the drape, but they will be covered by a moist gauze cloth for protection.

The bullhorn lip lift plastic surgery will vary from person to person, depending on the complexity of the surgery. In general, the actual surgical time is approximately one to two hours. The steps of the bullhorn lift lip surgery are outlined below.

A scalpel is used to cut along the incision. Dr. Linkov will remove the previously discussed amount of skin.

Create tunnel under the skin

The doctor will then use a different surgical instrument to loosen the skin below the lower incision line. This is done by inserting the instrument under the skin and creating a tunnel. By loosening the skin, there will be less tension when the incision is closed, resulting in less scar formation.

A cautery device is used to stop any bleeding that may have occurred during bullhorn lip lift surgery. The cautery device effectively burns the endings of broken blood vessels, thus stopping any more blood from coming out.

The incision is closed by suturing, or stitching, multiple layers of skin that have been cut. Dr. Linkov uses different kinds of sutures for each layer that is closed, starting with the deepest layer and ending with the skin surface. The sutures under the skin are dissolvable, and the sutures on the skin surface are typically not dissolvable. The sutures are placed in a very meticulous fashion in order to reduce the amount of tension and result in the thinnest scar possible.

Bandage over the area

Once the incision is closed, the doctor will place a bandage over the area. The bandage will need to stay on until the morning after your lip lift surgery. Once the bandage has been removed, you may shower that evening.

Some doctors choose to extend the incision inside of the nose to better hide it, some refer to this as the M-type incision. The problem is that the upper lip then gets pulled into the nose which leads to an artificial appearance and also destroys the nasal sill contour which cannot be replaced. Dr. Linkov believes in making the incision for the bullhorn lip lift procedure at the base of the nasal sill to preserve the natural appearance of the nose.

What Are the Complications of Bullhorn Lip Lift Surgery?

Directly after the procedure, you might experience an uncomfortable feeling as the mouth feels tight and swells. You can expect swelling to go away within four weeks following your lip lift surgery.

During the recovery, it is recommended to keep the following tips in mind:

This procedure is not covered by medical insurance as it is elective cosmetic surgery. Cost varies depending on the surgeon performing surgery and your geographic location. The price will go up if you decide to have a subnasal lip lift paired with another procedure.

Some patients prefer lip lift injection to Bullhorn lip treatment. Injections are non-invasive and don’t require a long recovery. However, injections aren’t long-lasting and lose their effect after 3-4 months. You can also try facial exercises for uplifted lips. It’s an easy and pain-free treatment, but it may not bring quick or lasting results.

Apart from making your smile appealing, lip lifts are also famous for their long-lasting results. Unlike lip implants or injections, the lift lip procedure is a permanent solution.

Dr. Linkov is a board-certified facial plastic surgeon in NYC and the only medical reviewer for the lip lift category on RealSelf located in Manhattan, NYC. He would be happy to discuss if bullhorn lift lip surgery is right for you during your consultation.

Dr. Linkov specializes in ethnic lip lift surgery. To create a more balanced appearance to your face as a whole, he considers an individual’s ethnic and cultural background facial qualities.

A subnasal lip lift can do more than just improve your mouth. It can create a more balanced, beautiful appearance to your facial features. To learn more about the bullhorn lip lift procedure or any of our other cosmetic solutions, schedule a consultation with a top-rated facial plastic surgeon in Midtown, Manhattan, Dr. Linkov.

If you have been considering a bullhorn lip lift to improve the symmetry and fullness of your lips, City Facial Plastic in Manhattan’s Upper East Side can create the results you desire. Stop searching for “bullhorn lip lift near me” and contact our clinic for a consultation.

Dr. Linkov is a double board-certified by the American Academy of Facial Plastic and Reconstructive Surgery and the American Board of Otolaryngology-Head & Neck Surgery. A native of New York, Dr. Linkov graduated as a salutatorian from Cornell University and received his Medical Degree at Columbia University College of Physicians and Surgeons. Dr. Linkov conducted advanced head and neck cancer research at the world-renowned Memorial Sloan Kettering Cancer Center. Currently, Dr. Linkov is an Adjunct Assistant Professor at NYU, where he teaches Rhinoplasty.