Male rhinoplasty is one of the most common cosmetic surgeries requested by men, which helps improve their appearance. Dr. Linkov is a top plastic surgeon in New York City, who has created exceptional nose shaping results for his male patients. The goal of City Facial Plastics in Manhattan, NY is to find a balance and create a nose shape that fits with the rest of the male facial features. 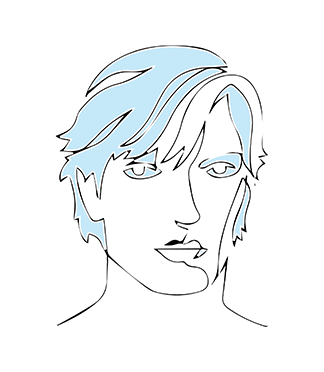 What Is the Essence of Male Rhinoplasty?

Men are often judged on their looks. The nose is the centerpiece of the face and is sometimes where the eye focuses first. A large nose or crooked nose can detract from other more attractive male facial features. Finding facial harmony for some means refining the nose to fit with the rest of the face. The goal is not for radical change that alters one’s identity, but rather to improve on what is already there and to give men the confidence they need to face the world.

What Are the Common Male Nose Jobs?

Dr. Linkov has extensive experience in reshaping the nose to improve the overall appearance. For men, the most requested procedures are reshaping procedures. Removing a prominent hump or resizing the nostrils are common. Straightening a crooked bridge or other deformities from sports injuries or trauma is often requested. It is important to scale the changes to fit the other facial features. A nose that is too small can be just as distracting as one that is too large.

Dr. Linkov’s artistic eye and surgical skill create the right nose shape to blend with the face, giving you exceptional results. If you are unhappy with the shape or size of your nose, male rhinoplasty may be the right option for you. To schedule a consultation with the plastic surgeon in Manhattan Dr. Linkov, contact City Facial Plastics. We will schedule your appointment with one of the top nose job surgeons in Manhattan.

A male rhinoplasty, or male nose job surgery, differs in some ways from a rhinoplasty performed on women, such as:

Dr Linkov performed surgery on my nose in December 2019. His professional demeanor, highly skilled, confident and detailed knowledge of such a precision demanding craft left me in a state of awesomeness! I trust this Gentle Doctor and highly recommend him to anyone who is considering any of the services that his practice provides!
HORACE DAILEY

Who Is a Good Candidate for a Male Rhinoplasty?

Male nose job surgery can be a great option for many nasal complaints, including:

At the initial consultation, nose plastic surgeon Dr. Linkov will assess your nose and overall goals, take photos, then send you computer renderings to review before scheduling the best male rhinoplasty in NYC.

How Is Male Nose Surgery Done?

Rhinoplasty nose job surgery is usually performed under general anesthesia with the patient intubated. This is done for several reasons, including:

There are five major steps to male rhinoplasty surgery:

How to Prepare for the Male Rhinoplasty?

Once you have decided to undergo male nose surgery, Dr. Linkov at City Facial Plastics in UES, Manhattan will discuss in detail how to prepare for your surgery. There are a few steps you should take before your rhinoplasty to get the best results.

Do not eat or drink 6 hours before your scheduled surgery. Male rhinoplasty surgery is performed under general anesthesia with an anesthesiologist present. There will be no pain during the surgery and you will have no recollection of the procedure. Your time at the private operating room suite or the ambulatory surgery center will be about 6 hours, with 3-4 hours of actual surgical time.

What Is the Recovery From Male Nose Job Surgery?

The immediate recovery, in the first 1-2 weeks, after male rhinoplasty involves swelling, bruising, light bleeding, and mild pain. Patients should apply antibiotic ointment to the external incision if one is present. At the first follow-up appointment at 1 week postoperatively, the skin sutures are removed (if not dissolvable), along with splints and cast.

Tip swelling continues to improve and eventually resolves at about one year leaving you with a final male rhinoplasty result. It is important to avoid strenuous activity such as exercise or heavy lifting for at least 1 week postoperatively and avoid contact sports for at least 6 weeks after a male rhinoplasty.

What Are the Risks and Complications of Male Rhinoplasty?

Though rare, risks and complications of male nose job surgery, include:

What Are the Contraindications for Male Rhinoplasty?

There are patients who should not have a male nose job, these include patients with the following:

What Are the Alternatives to Male Rhinoplasty?

If surgery is not an option, an alternative to male rhinoplasty is non-surgical liquid rhinoplasty. This is safe in non-operated noses and involves using a filler material (such as Restylane Lyft) to carefully add volume to strategic areas of the nose. It is important to keep in mind that filler procedures, especially on the nose, do carry risk and must only be done by experienced injectors with thorough knowledge of the underlying anatomy.

Are Patients Satisfied After Male Rhinoplasty?

According to published literature, the satisfaction in men after rhinoplasty is lower than in women. There are different theories for this but one of the main reasons is that because cosmetic rhinoplasty is more common in women, many surgeons will inadvertently feminize the nose. Dr. Linkov understands that most men seek a masculine appearance that fits with the rest of their facial features, and strives to achieve that for every one of his NYC male rhinoplasty patients.

What Is the Cost of Male Rhinoplasty?

The cost of a male rhinoplasty in New York, like any nose job surgery, will vary based on provider, location, and anticipated complexity of the procedure. Facility fees and anesthesia fees carry additional costs, as well as implants if used, and all of this should be discussed with you by the office staff to help you make an informed decision.

Can a Male Rhinoplasty Help My Breathing?

A male nose rhinoplasty can help with breathing. A deviated septum can be corrected. A collapsed nasal valve can be stented. An enlarged inferior turbinate inside the nose can be reduced. Dr. Linkov has discovered that many male patients who present with difficulty breathing through both nostrils have a weak nasal tip.

If this is found to be the case, then cartilage is taken from the septum or ear and combined with a temporary scaffold (PDS plate) which is secured to the front of the septum (caudal septum). As it heals, the nasal tip is strengthened which leads to better airflow as the nose no longer collapses against the face.

Which Celebrities Have Gotten a Male Rhinoplasty?

There are popular male celebrities that have been rumored to have had a rhinoplasty, including Zac Efron, Patrick Dempsey, and Tom Cruise. Even the biggest stars need a little extra help to look extra good.

Dr. Linkov is a busy male rhinoplasty and male revision rhinoplasty surgeon in New York with extensive experience treating all conditions of the nose. He is the Chief of Otolaryngology and Facial Plastic Surgery for the Veterans Hospital in Brooklyn, NY, where he operates on complex nasal deformities, serving our country’s veterans. Dr. Linkov’s private practice in NYC focuses on cosmetic and functional rhinoplasty. You can view before and after photos with Dr. Linkov below:

Male Rhinoplasty Before and After

Do you have any questions about male rhinoplasty in New York? Would you like to schedule an appointment with a board-certified facial plastic surgeon in Manhattan’s Upper East Side, Dr. Linkov? Please contact our City Facial Plastics office for a consultation.

Dr. Linkov is a great guy and is very knowledgeable. When it comes to FUE (including body hair transplant), it’s all about the experience of the doctor and technicians. Dr. Linkov has a very experienced team that allowed me to fully recover in 6 days.

Read all testimonials
visit Before & After gallery