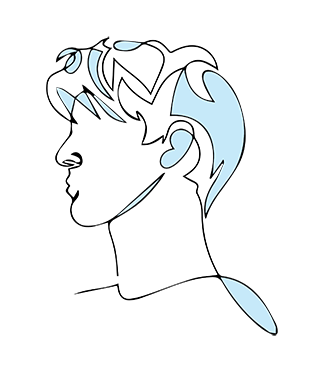 What Is Chronic Rhinosinusitis?

CRS is first treated with medical therapies including oral medications and topical nasal sprays. Allergy testing and immunotherapy may also be appropriate. If symptoms progress despite maximal medical therapy then chronic sinusitis surgery should be considered. The presence of nasal polyps may be an indication to consider nose sinus surgery earlier in the treatment algorithm.

What Is Sinus Surgery?

Sinus surgery was first described in the 1600s and involved making a hole into the cheek sinus from the outside of the nose, under the upper lip. Nasal sinus surgery techniques have since advanced and now offer a safer and less traumatic approach to treating the sinuses.

The pendulum has swung towards less aggressive approaches that preserve the sinonasal mucosa (inner lining of the nose) and maximize function after surgery, hence the term “functional sinus surgery.” We also have a better understanding of how to combine surgical approaches with medical therapies to treat CRS and other sinonasal conditions.

Dr. Gary Linkov is an experienced facial plastic surgeon who performs both functional and cosmetic nose surgeries. When severe sinus issues are present and a patient also wants a cosmetic change to their nose, both procedures can be performed at the same time. Combining both procedures into one surgery can reduce the trauma to the nose and patient.

Who Is a Good Candidate for Sinus Surgery in Manhattan, NYC?

Nose sinus surgery has a role in benign and life-threatening sinonasal conditions, including:

What Is the Relevant Anatomy for Sinus Surgery?

Dr Linkov performed surgery on my nose in December 2019. His professional demeanor, highly skilled, confident and detailed knowledge of such a precision demanding craft left me in a state of awesomeness! I trust this Gentle Doctor and highly recommend him to anyone who is considering any of the services that his practice provides!
HORACE DAILEY

What Are the Types of Sinus Surgery?

There are four main types of sinus surgery NYC approaches, including:

Endoscopic sinus surgery involves using advanced surgical telescopes during surgery to promote visualization. This is the most modern form of sinus surgery and has become the most commonly performed nose sinus surgery. No incisions are made on the outside of the face.

The surgeon holds the telescope with one hand and uses a surgical instrument in the other to gain entry to different sinuses and treat the underlying condition. This surgery is performed under general anesthesia for patient comfort and to minimize the chance of patient movement while the surgeon works throughout the inside of the nose.

Image guidance refers to using an additional technology to aid the surgeon during endoscopic sinus surgery. A CT or MRI of the sinuses is obtained prior to surgery and the data is loaded into a special system. During surgery, the surgeon can configure the system so that as he waves an instrument over a specific structure inside the nose, the corresponding area on the imaging software is revealed.

This heightened level of awareness helps the surgeon avoid injuring critical structures and keeps the surgeon on course during sinus surgery. While image-guidance is not always used for primary sinus surgery, it can be a useful asset for revision surgery or when the native anatomy is distorted by disease.

Caldwell-Luc sinus surgery is one of the original approaches described to reach the maxillary (cheek) sinus. The incision is made on the inside of the upper lip and the front of the cheek bone is identified. A window into the bone is made to gain access to the inside of the cheek sinus. While this approach may seem antiquated, there are still certain indications for this approach, despite how advanced our endoscopic techniques have become.

Sinus balloon surgery was introduced in the mid-2000s and involves using an expandable balloon attached to a device for deployment. The balloon in a deflated state is passed inside the nose towards the desired sinus opening and the balloon is expanded to partly expand that opening. Balloon sinus surgery (sinuplasty) has gained popularity since it can be performed without general anesthesia, in the office setting. It can also be combined with endoscopic sinus surgery for difficult to reach areas, such as the frontal sinus.

How Is Sinus Surgery Done?

The major steps of an endoscopic sinus surgery include:

How to Prepare for Sinus Surgery?

In preparation for your nasal sinus surgery at City Facial Plastics in Midtown, Manhattan, the following information is helpful:

Do not eat or drink 6 hours before your scheduled surgery. Sinus surgery is performed under general anesthesia with an anesthesiologist present. There will be no pain during the surgery and you will have no recollection of the procedure. Your time at the ambulatory surgery center will be about 6 hours, with 3-4 hours of actual surgical time.

What Is the Recovery From Sinus Surgery?

The following information is useful to keep in mind for the sinus surgery recovery, including:

What Are the Risks and Complications of Sinus Surgery?

Can Sinus Surgery Cause Vertigo?

Vertigo, such as that caused by benign paroxysmal positional vertigo (BPPV) has been very rarely associated with nasal surgery, specifically septoplasty. There are only a few case studies. The primary mechanism is believed to be vibration trauma along the bone that is carried to the balance control central of the inner ears (semicircular canals).

Pooled results have shown that isolated nasal and sinus surgery for patients with obstructive sleep apnea could improve subjective sleep parameters and reduce daytime sleepiness, but has no significant improvements on objective parameters. Nose sinus surgery is not a first-line surgical treatment for sleep apnea.

What Are the Contraindications for Sinus Surgery?

There are patients who should not have sinus surgeries, these include patients with the following:

What Are the Alternatives to Sinus Surgery?

As described above, alternatives to nasal sinus surgery are:

Are Patients Satisfied After Sinus Surgery?

Studies have collectively shown an 80% to 98% improvement in nasal symptoms after sinus infection surgery. Patients often report better nasal breathing, fewer sinus infections, and less nasal drainage after surgery. Patients who have CRS with polyps need to be aware that the polyps most often return after a number of years if no medical therapy is initiated after surgery.

Who Does Sinus Surgery?

Nasal sinus surgery is almost exclusively performed by otolaryngologists, such as Dr. Linkov. These are Ear, Nose, and Throat specialists with extensive training in all aspects of head and neck surgery. Internal nasal anatomy is complex and in close association with other vital structures that need to be protected during sinus surgery.

What Is the Cost of Sinus Surgery?

Who Is the Best Sinus Surgery Doctor in NYC?

Dr. Gary Linkov is a board-certified otolaryngologist (head and neck surgeon / ENT) and facial plastic surgeon. Dr. Linkov is a busy septoplasty and rhinoplasty surgeon in NYC with extensive experience treating all conditions of the nose.

He is the Chief of Otolaryngology and Facial Plastic Surgery for the Veterans Hospital in Brooklyn, NY, where he operates on complex nasal deformities and performs sinus surgery, serving our country’s veterans. Dr. Linkov’s private practice in Manhattan’s Upper East Side focuses on nasal procedures, including endoscopic sinus surgery.

If you have severe sinus problems and want to get relief, sinus surgery could be the right option for you. Dr. Linkov performs nose sinus surgery on its own or in combination with rhinoplasty at our practice in New York City. Contact City Facial Plastics, located in UES, Manhattan, to schedule your appointment with Dr. Linkov to discuss your nose surgery options to give you relief from chronic sinusitis.

Dr. Linkov is a great guy and is very knowledgeable. When it comes to FUE (including body hair transplant), it’s all about the experience of the doctor and technicians. Dr. Linkov has a very experienced team that allowed me to fully recover in 6 days.