Chin augmentation is a procedure that helps reshape or enlarge the appearance of the chin. With chin augmentation, facial balance can be achieved for a more attractive overall appearance. The best-in-class plastic surgeon in New York City, Dr. Gary Linkov at City Facial Plastics offers customized chin augmentations to give you the balanced, appealing facial shape you desire. 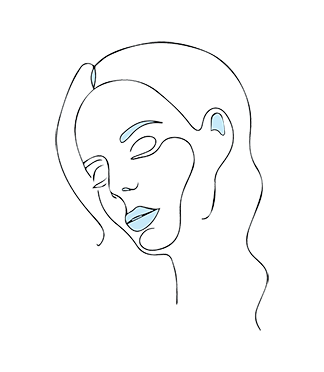 What Is Chin Augmentation?

Chin augmentation is a term that refers to a variety of procedures that cosmetically enhance the chin. The procedures range from non-surgical options to major surgery. There is no single, blanket approach to chin augmentation. Rather, it is important to take into account an individual’s unique chin shape, which varies based on traits such as genetics, ethnicity, and gender.

Though it may be located at the lowest aspect of the human face, the chin ranks highly when it comes to determining attractiveness. The shape of the chin plays an important role in both the physical characteristics of masculinity and femininity, and some research suggests an evolutionary significance. In the profile view of the face, the chin is the second most common site for abnormalities. For people who are not satisfied with the appearance of their chin, chin augmentation may be a good option.

What Does Chin Implant Surgery Involve?

To augment the chin, implants are used to create the size and shape desired. If you are bothered by your recessed or “weak” chin or you feel your facial features lack proportion, chin implant surgery can help you feel more confident in your appearance. Specifically, best chin augmentation NYC will improve facial harmony.

This procedure can bring the chin into a better proportion with other features such as the nose. It will also improve the definition of the neck and jawline and is sometimes used in combination with a neck lift. A chin augmentation can also reduce the appearance of a full or “double” chin caused by a small chin bone.

Dr. Linkov is an excellent physician and surgeon with superb bedside manners. He cares deeply about each and every one of his patients and makes you feel comfortable. His skills are unparalleled. He empowers me each time I meet with him and he is truly one of the best.
Jonathan Harounian

What Is the Relevant Anatomy for Chin Augmentation?

In order to understand the different approaches to chin augmentation, it is important to be familiar with the anatomical structures that comprise the chin.

Some of the important anatomical structures are described below.

Mentum is the Latin word for “chin”. Many anatomical terms for structures comprising and surrounding the chin are derived from the word mentum. The visual appearance of the chin is composed of bone, muscle, and fat underlying the skin.

The area right below the symphysis menti, where the mandible protrudes out. The mental protuberance helps determine the prominence of the chin.

The mentalis muscle are paired muscles that run vertically from the lower lip to the bottom of the chin. The muscle is responsible for certain facial expressions and dimples in the chin. If there is a weakness in the central area connecting the mentalis muscle, it can result in a cleft chin appearance, also known as a “butt chin”.

Who Is a Good Candidate for Chin Augmentation?

People usually seek chin augmentation primarily for reasons related to micrognathia and retrognathia. Mircognathia refers to a smaller than the normal chin and is associated with a variety of genetic disorders. Retrognathia refers to the chin recession, where the chin appears more posterior than normal when looking at a person’s profile.

Chin recession is related to a variety of aesthetically undesirable characteristics, the most common of which are detailed below.

Turkey neck refers to sagging of the skin, fat, and muscles of the neck. It is typically due to the natural aging process. Chin recession can exaggerate the turkey neck, thus resulting in an accelerated, aged appearance to the chin and neck. For this reason, many people undergoing facelift or neck lift may also benefit from chin augmentation.

The chin is of ultimate importance in achieving aesthetic balance in the face, particularly in relation to the nose. In the chin recession, the lower part of the face can appear somewhat pulled back, making the tip of the nose appear abnormally projected. Conversely, research has shown that about 20 to 25% of patients undergoing rhinoplasty would also benefit from chin augmentation to achieve optimal facial balance.

How Is Chin Augmentation in Manhattan, NY Done?

How chin augmentation is done varies greatly based on the type of the procedure. There are several available types of procedures, but the most common approaches are reviewed below.

How is chin filler done?

Chin filler is done in the office using local anesthesia. The area to be injected will be marked with a special marker and then cleaned. For chin filler, about 1 syringe of filler is usually needed to result in a noticeably more prominent chin. Results from chin filler usually last anywhere from 9 to 15 months.

What are the risks of chin filler?

Risks of chin filler include:

What are the contraindications to chin filler?

There are some people who should not receive chin filler. Contraindications to chin filler include:

Chin implants are a permanent option for cheek augmentation. Chin implants can be made of silicone chin implant, expanded polytetrafluoroethylene (ePTFE),  polyethylene, polyamide nylon mesh, autologous cartilage or bone, and cadaveric cartilage. The type of chin implant NYC used is based on your aesthetic needs, medical history, and the preference and experience of your plastic surgeon.

How is chin implant surgery done?

Chin implants are typically done with deep sedation anesthesia. Local anesthesia is typically injected into the area to be operated on. An incision is made either inside of the mouth just below the lower gum line or externally just under the chin (the latter is preferred due to lower infection rates). The implant is inserted and sutured down to the layer of tissue overlying the bone. The incision is then closed with suture. Antibiotics are taken for one week after chin implant surgery to prevent infection, and sutures are usually removed within 5 to 7 days after surgery.

Chin augmentation surgery, such as chin implants, is becoming more popular in the male population. There were over one thousand male chin implant surgeries performed in 2018 than in 2017. The importance of the chin in determining attractiveness and masculinity almost certainly plays a role in the increased interest in chin implants for men.

What are the risks of chin implant surgery?

Risks of chin implants include:

What are the contraindications to chin implant surgery?

Genioplasty is another permanent option for chin augmentation. Genioplasty refers to surgery performed on bones of the lower face in order to modify the shape and appearance of the chin. Genioplasty can be performed not only for people with chin recession but also for people who have an overly prominent chin. Since the surgery involves the manipulation of the facial bones and, it is considered a more complicated surgery than chin implant surgery.

What are the risks of genioplasty?

Risks of genioplasty include:

What are the contraindications to genioplasty?

There are some people who should not undergo genioplasty surgery, such as:

Are Patients Satisfied After Chin Augmentation?

People are generally very satisfied after undergoing chin augmentation in Manhattan’s Upper East Side. Many people feel that their face appears more harmonious and balanced after the procedure. Additionally, many people are pleased with the profile view of their faces after chin augmentation, especially the relationship of the chin to the nose and neck.

What Is the Cost of Chin Augmentation?

The chin augmentation cost varies depending on the type of procedure and the location of the plastic surgeon performing the procedure.

Who Is the Best Chin Augmentation Surgeon in NYC?

Dr. Gary Linkov is a board-certified facial plastic surgeon in Manhattan, NYC. Given his extensive training in head and neck surgery, he has special expertise in the anatomy of the face including the superficial and deep structures involved in chin augmentation procedures. An experienced facial plastic surgeon in UES, Manhattan Dr. Linkov does not perform genioplasty but has many patients who have undergone other types of chin augmentation.

Chin augmentation before and after

If you want to improve the shape of your face with chin augmentation, contact our team at City Facial Plastics Midtown, Manhattan. We will schedule your appointment for a personalized chin implants consultation with a top-rated plastic surgeon in New York Dr. Linkov to begin your facial transformation process.

I had a lip lift procedure with Dr. Gary Linkov at City Facial Plastics on Tuesday 4/9/19. Today is Saturday and I could not be more pleased with my results, I would say it was one of the best decisions of my life! From the moment I met Dr. Linkov I knew that I could trust him 1000% with my face. He takes his time explaining everything and also took his time with the procedure to ensure that everything was precise and perfect! It was a long journey as I had to dissolve built up lip fillers but well worth it and he was there every step of the way! If you are looking to have a lip lift I highly recommend Dr. Linkov, you will not be disappointed!!
Dana Lee